INSIDE THE MIND OF TOMORROW’S ROBOTICS ENGINEERS 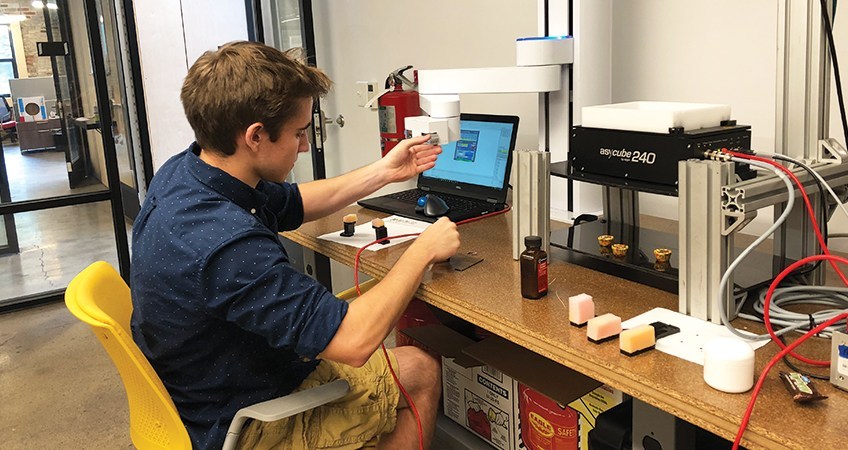 I recently sat down with The Proud Company summer intern, Josh Zeisloft. Josh — a well spoken, very intelligent high school senior — is the son of Eric Zeisloft, one of The Proud Company’s robotics and machine vision Applications Engineers. Even at the ripe age of 17, he’s already had an interest in robotics for several years, and has participated in both robotics programs and competitions.

This was my opportunity to pick the brain of a future robotics engineer.

In the interview below, Josh talks about his experience as a robotics intern and the technologies with which he’s been working, as well as offers advice to others interested in pursuing a career in the field one day… 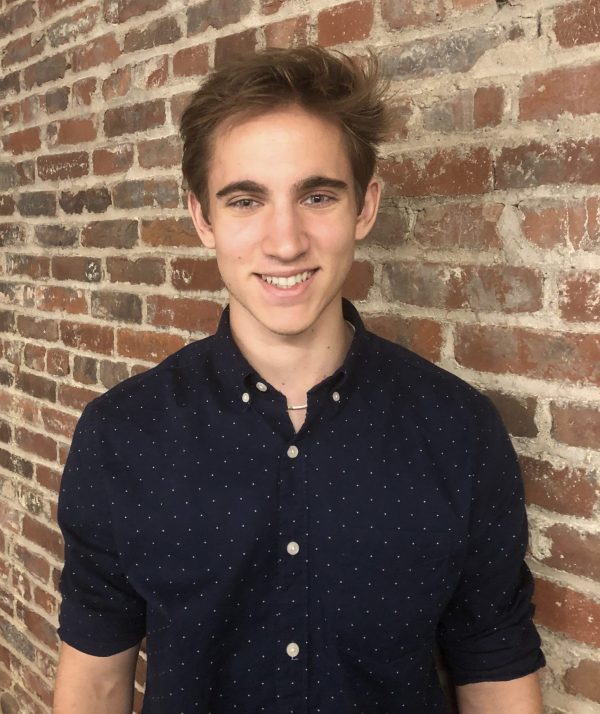 AN INTERVIEW WITH JOSH

Angela: “So, Josh. First off, how long have you interned here this summer?”

Josh: “It’s been 3 months. I started at the end of school in June.”

Angela: “And you’ve been working with Eric, your dad?”

Angela: “And what kind of technologies have you been working with here?”

Josh: “Mainly, robots. The Mitsubishi robot as well as the Precise SCARA robot — programming them and building grippers for them. I’ve also worked with Raspberry Pi for the MiR call box we completed a few weeks ago. So, writing code for robots, mostly.”

Angela: “Excellent. Why did you want to intern at The Proud Company?”

Josh: “Well, obviously my dad works here. He would take me to work with him every so often, so I could look at what he was doing with the robots, and stuff, around the office. I had been interested in robotics way before that, but seeing the practical application of it here was really interesting to me. He was able to set up an internship with Mr. Proud [for me], so I could come actually do some real work.”

Angela: “Nice! What would you like to do in the future with this knowledge?”

Josh: “Well, college. I think it’ll be a big advantage knowing what it will be like working in the field that I want to go into after college. Gaining that knowledge has been irreplaceable.”

Angela: “Yeah, for sure. What has been your favorite part of this internship?”

Josh: “Hmm. I really liked doing the MiR call box, because I got to write a lot of my own code for that instead of just doing positions for robots. It was a lot of going through files that were running in the background and looking stuff up — getting to ask people around the office what to do and sometimes figuring it out myself. Seeing it actually work the way I wanted it to was very rewarding.”

Angela: “Awesome. Is there anything else you’d like to add about your experience?”

Josh: “I think the coolest thing I’ve learned — and something I’ve seen throughout all of the projects — was collaborating between systems. So, like, Cognex cameras and feeders and robots all working together and communicating between each one of those, versus working with just the robot by itself or just the camera by itself. All of the systems coming together — it really is what I’d be working with on production lines. So learning that skill has been the most valuable part of this. Communication with Modbus or serial ports or whatever it is.”

Angela: “Yeah. Definitely a skill you’ll use in real-world applications. What advice do you have for a fellow high schooler, or someone even younger, who is interested in robotics and wants to get into the field?”

Josh: “Just look for opportunities. Get involved. In the past, I’ve participated in things like the FIRST Tech Challenge and the FIRST Robotics Competition, stuff like that. Internships as well. Anything where you can kind of stretch your legs and see if you like it, first of all, and if you do, learn to be good at it and learn from people who have been doing it for 20+ years. Any involvement is helpful.”

Josh Zeisloft (right) with his dad, Eric Zeisloft, at The Proud Company TEQhouse event in 2016.

In the interview, Josh mentions that his favorite project of the summer was a MiR call box application that he coded and developed. Read more about this application here, and see it in action in the video below.

TRAINING FOR JOBS THAT DON’T (YET) EXIST

In conclusion, for those interested in becoming robotics engineers, there are several work avenues to explore. And as industries continue to find new uses for robots, the field of work will expand within industrial manufacturing and beyond.

Perhaps one of the coolest things about pursuing a career in robotics is that robotics engineers-in-training often get to utilize their knowledge to work with technologies that have yet to exist, doing jobs that have yet to be created. And then there’s the fact that you would — quite literally — be building the future of manufacturing.