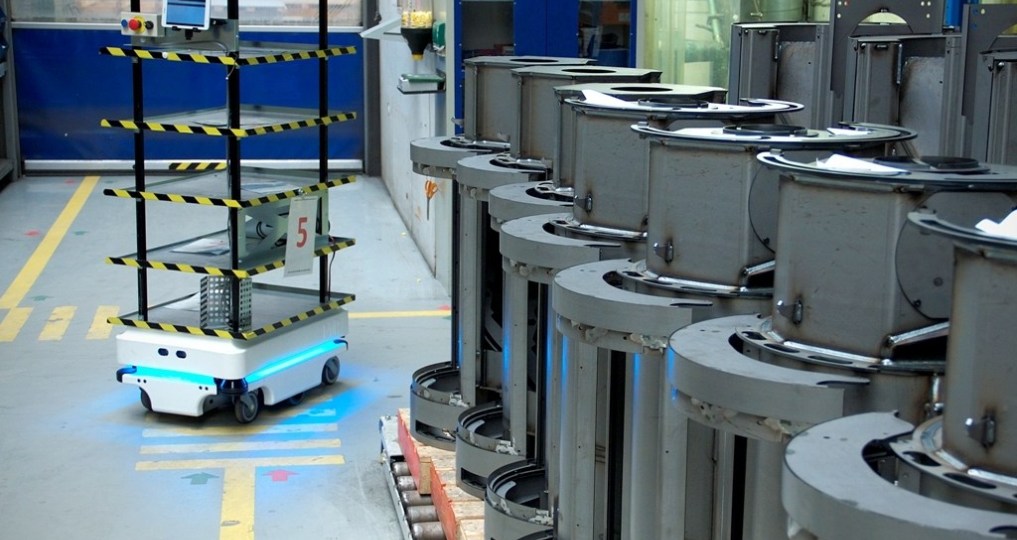 There has been a lot of talk (and hype) in the last year or so about driverless cars.

Tesla developed their “auto-pilot” technology that’s currently being used in thousands of vehicles today. Google has autonomous vehicles that have driven over 2 million miles on the streets of Austin, TX and Mountainview, CA. Here in Pittsburgh, if you request an Uber from downtown, there’s a decent chance you’ll be picked up in a Volvo SUV with a high-tech suitcase mounted to the roof. Despite the fact that a person is sitting in the driver’s seat, your safe arrival at your destination is in the hands of sensors, lasers, and computer software. It appears that people are not only comfortable with this technology, but eager to take part in it.

What I find to be so paradoxical is that, despite the fact that people are willing to risk their lives by getting in a driverless car on public roads, similar technology has been very slowly adopted by US manufacturers.

Most of the facilities that we spend time in are large in size. Hundreds of thousands of square feet. And the flow of materials in those facilities is critical to their smooth operation.

Unfortunately, the delivery mechanism for those vital materials today is done one of two ways:

AGV’s have been used for these applications for years but they followed a predetermined route using magnetic tape or other permanent markings. While they reduced labor cost, they aren’t flexible enough for the continuously changing manufacturing industry.

2017 will be the year where autonomous mobile robots are deployed in droves in American manufacturing plants. AMR’s are essentially driverless cars for the plant floor. They work much like the GPS in your car, which has a map stored in an onboard computer. The user simply tells the robot where to go, and the robot calculates the best route to take. And much like your GPS may redirect you based on real time traffic, AMRs sense obstructions in real time and recalculate a better, faster way to reach its destination.

The other cool thing about AMR’s like the MiR100 from Mobile Industrial Robots (MiR) is that the mobile base can be modified to include shelves, a conveyor, or even a collaborative robot. The mobile platform can be modified to adapt to your specific application.

Large manufacturers have been the first to realize the benefits of AMR’s and that only makes sense. They typically have the largest facilities, which means it costs more to move materials around. Additionally, they have R&D teams and budgets that have the resources to evaluate new technology. However, we have seen many small/medium enterprises (SME’s) deploy mobile robots. The ROI is typically less than a year, and some AMR’s like MiR100 do not require any special skills and are typically deployed in hours.

The acceptance rate of mobile robots seems to be outpacing the acceptance of collaborative robots in many industries, which is impressive in itself. If you have any questions on this technology, give us a call at The Proud Company.

In the meantime, here is a 2 minute video of a progressive SME that has deployed a few mobile robots.