HEAD TO HEAD: SAWYER VS. THE COMPETITION 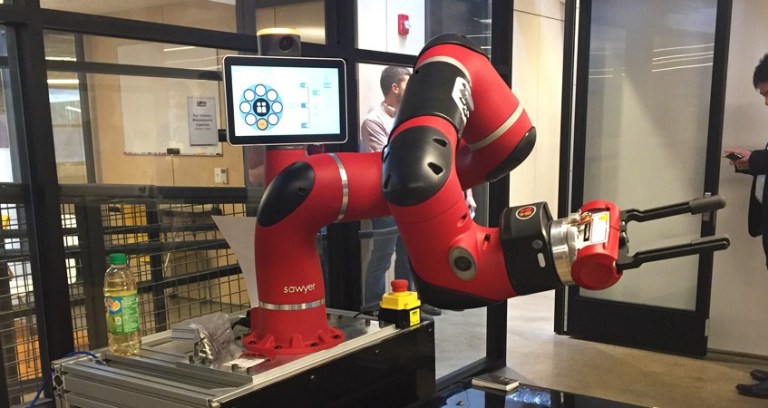 Recently, The Proud Company — in collaboration with Rethink Robotics — went head-to-head in a proof-of-concept challenge between Rethink’s Sawyer robot and a competing collaborative robot at a potential customer’s facility. The competitor was installing their robot on a line a few hundred feet from where we were installing Sawyer.

The task was for the robot to pick two parts at a time from a conveyor and place them into corresponding boxes. There were four different parts being sorted into four different locations around the robot. Both groups were given one day to set up their robot on the end of their corresponding line and integrate it into the machine as much as necessary. 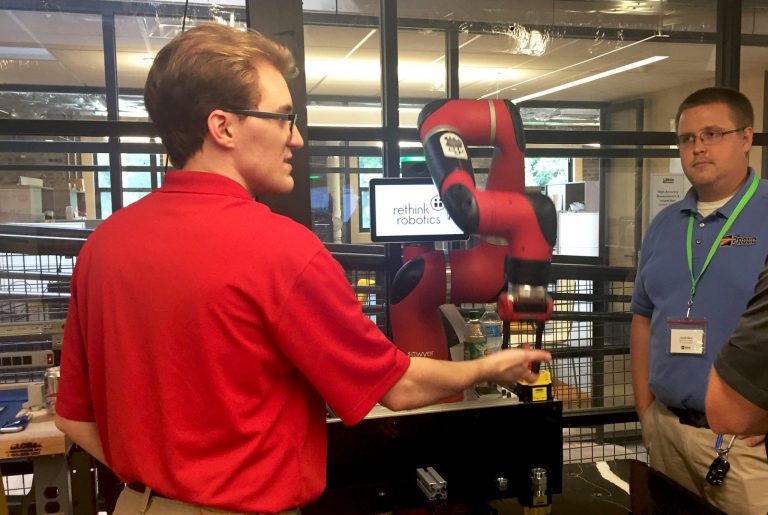 With Sawyer, we didn’t need to integrate anything into the machine itself because we were using the built-in vision system to determine when to start the robot program. Once the parts were in position, the robot would start its task and place the plastic parts into the bins. A vision system in Sawyer’s arm was used to determine if the parts were present, and a dual gripper was used to pick up two parts.

Overall, both robots were able to complete the task given to them by the potential customer. Sawyer required significantly less setup time and was able to pick all of the parts in a timely manner, then wait for the customer’s robot to place the next set of parts onto the conveyor.

After the presentations were over, the potential customer particularly liked the fact that Sawyer had everything fully integrated into the robot — including the vision system, which is already built into the arm itself. We had no need for external cameras or lighting to find the light. They also liked that the grippers come directly from Rethink Robotics, as well. The ease of having everything together in one package from one manufacturer was very appealing, versus having to integrate multiple items into the robot before it was even able to locate the parts. 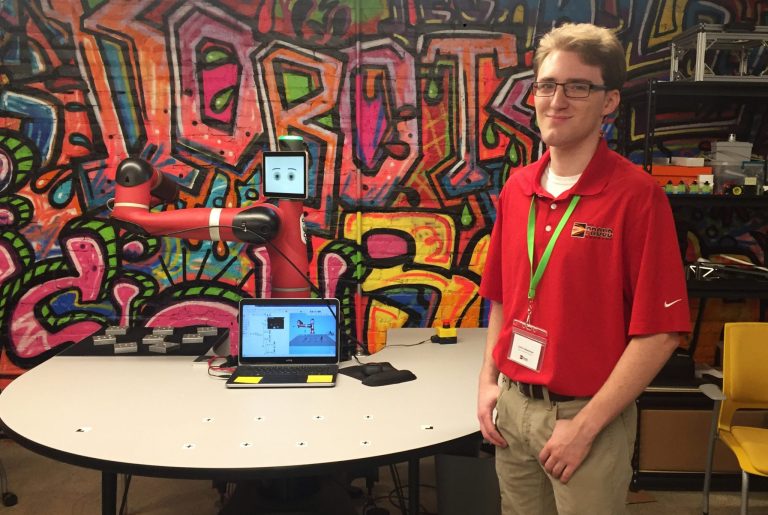