WHAT IS COLLABORATIVE ROBOTICS?: EVERYTHING YOU NEED TO KNOW 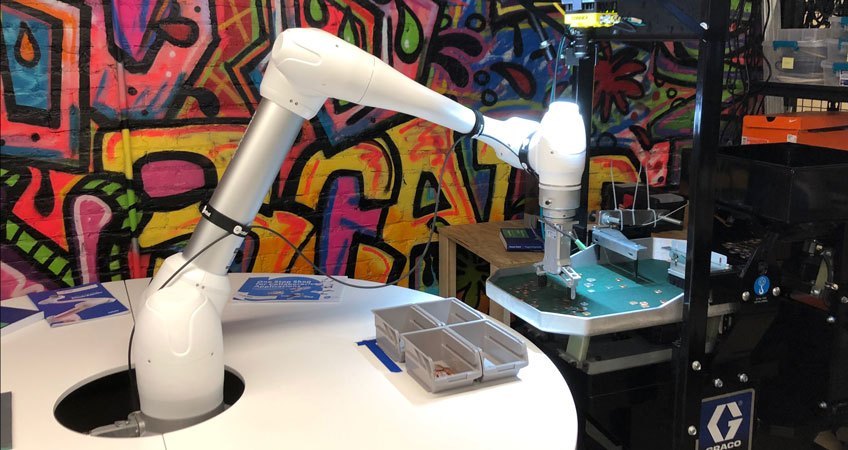 Collaboration is the ability to work together safely and towards a similar goal or objective. For many years now, man has been afraid to work with robots because of their unsafe nature, untethered capabilities, and inability to understand humans. Well, not anymore.

Introducing Cobots, a collaborative robot that’s been designed to work safely, effectively and efficiently with humans without traditional fencing. This may seem too good to be true, but in fact, it’s real.

These Collaborative Robotics are gaining popularity as the number one technological assistance for large and established companies. Moving with swift and posing safer for you. Read further below and learn all about their functionality and features.

All About Collaborative Robotics

The technology industry has created models by trying to find the perfect aide for simple applications like machine tending, transporting, picking and placing, palletizing and other capabilities. As so, various companies came up with force limited robotic models.

Cobots have certain features unique to its kind, that allows it to be safe around humans. This, therefore, makes it easier and safer to work cohesively. Read about its amazing features and the four types of Collaborative Robotics.

Reading through the robots background, you’ll learn that during its make, engineers thought it would be best to provide a robot that would relate effectively to the needs of their clients.

While doing so, they thought it would also be best to look for a type that would perfectly coexist with humans without causing them harm. Hence, these four types.

Get the Aide You Need

Teamwork is a wonderful thing for any work environment. It provides a smooth, safe, and secure work environment. With these collaborative robotics, the essence is the same. Working in union towards a similar goal at a faster pace.

If you’re looking for an aide for your company, something that will work faster, smarter, and better to compete in the industry. Then get in touch with us, and let’s journey through together.